The findings of a study by PMW Technology funded by the Department for Transport’s T-TRIG programme show that carbon capture using the cryogenic A3C process would achieve marine decarbonisation at 50% of a comparable cost for zero carbon fuels.

The six month project analysed case studies of the application of the A3C process to two modern ship designs, a large car and truck carrier and a Ro-Ro ferry. PMW Technology worked with the University of Chester, together with naval architects Houlder Limited and Tees Valley Combined Authority to evaluate key aspects of these process applications.

The study showed that physical implementation of carbon capture and storage was feasible without radical change to the vessels. The effects on cargo-carrying capacity were found to be minimal, while vessel stability under adverse sea conditions was maintained. Operating costs were fractionally increased due to process auxiliary power demand, while capital costs were small compared with vessel costs. Although the marine case studies captured a modest 25 50,000 t/y of carbon dioxide, the life costs of carbon abatement of the A3C process were consistent with those for conventional industrial applications at ten times the scale.

A highly significant finding was that the infrastructure cost for transfer of the captured carbon dioxide to sequestration was a small fraction of the total cost. This unexpected result arises from the low cost of transport of carbon dioxide by sea combined with savings from synergies with the industrial carbon capture clusters. Sharing the infrastructure for industrial carbon sequestration minimises abatement costs and reduces investment costs and risks for all parties.

The context for the study is the commitment made by the IMO for large reductions in shipping emissions by 2050. The primary option is switching to zero carbon fuels such as ammonia. Prior work for the DfT showed that the necessary radical changes to fuel supply and to vessel design and operation had a cost of carbon abatement of £190/te.

The key conclusion of the study was that carbon capture by the A3C process offers a 50% lower cost of marine carbon abatement than a transition to ammonia.

A one page summary of the study can be read here.

The full study report can be read here. 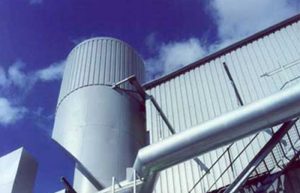